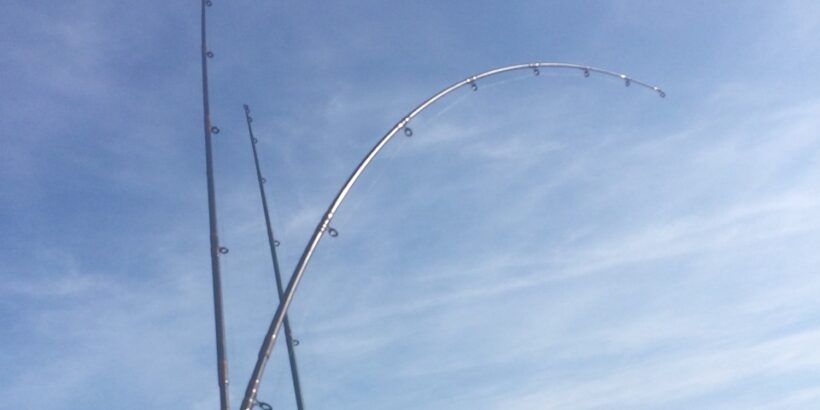 As fishermen on the Great Lakes its very common to see braided line used on diver rods or for backing line but its also starting to take over spinning, bait casting, and ice fishing applications as well. The no stretch multi-filiment lines have an awful lot of upside for sensitivity and hook-sets, but what if we were to tell you not only are they not as strong as advertised, and the longevity of these lines isn’t as endless as some may portray.

For the sake of arguments, we are not naming any brands here, we encourage you to seek out a quality line for your own needs and budget. We are not sponsored or endorsed by any “brand”.

In a test of 5 different popular manufacturers, all of which use “Spectra” fibers, it was found that not only do all of the braided lines not break at advertised poundage, but in most cases 10-15% less as advertised. In one test it was found that a particular manufacturer of a popular 40lb braided line saw their line break five times at 25lb, 32lb, 27lb, 29lb, and 28lb right out of the box. That is the same 40lb line tied with the Palomar knot to the same swivel attached to a Crane Scale to measure the force needed to cause failure. ALL of the line failures happened at the base of the knot, never in the middle of the line itself. Most of these brands site extensive testing, however these tests are not done with knots, splices, or connection points involved so it is not a real world environment. What good is a line that will break at 40lbs in the center but will fail at 25lb at the knot.

Here is even the more shocking revelation. After spooling the reels for a year, the same lines were tested once more by the same means, with the only difference is the line that had spent ONE YEAR in use. That means it was fished, stored in the roof racks a few days then stored till the next usage. The results were again very unflattering. The same lines that showed the breakage of under their advertised poundage saw a significant decrease in strength in most cases breaking at 20-25% less their advertised strength after just one season of use. So you can only imagine our shock seeing this data. Especially when most of us have 2-3 seasons on some of our setups.

So what does this mean? First off, don’t strip the braided line off all your reels. It does stink though from a fisherman’s perspective that buying what we would like to consider a top quality product might not be worth the money in the long run. However, considering the ways we fish most anglers utilizing braided line in fresh water are rarely tying into a fish that will push its strength limits. In Lake Erie most trollers are using 30-40lb braid with the 8-12lb mono equivalent diameter, and we’d bet most Lake Erie Walleye anglers have yet to see a 20lb walleye. But when you look at a spinning or casting rig where you might be throwing a 10-12lb braid for smallmouth, maybe spinners for walleye, and even fishermen who will spool up their ice gear with the thinnest line possible, there is potential to see some fish push the limitations of some of those lines, especially those which are old, sun-faded and damaged. It’s painful to most to lose a fish, its even worse when it is an equipment failure.

We have started a test of our own this season. We ventured to eBay and Amazon and picked up some “Overseas” produced braided fishing line that is significantly more affordable. We have spooled this onto a few reels that we are going give a fair shot and work into our programs this season and see how the results compare. We will be posting those results at the end of the season.

Great Lakes Guide Online writers are constantly coming up with worthwhile content for our readers. We strive to provide meaningful articles and gear reviews for our audience from a non-bias standpoint. While views may differ, we encourage those who wish to contribute to message us if they would like to contribute meaningful content. Thank You